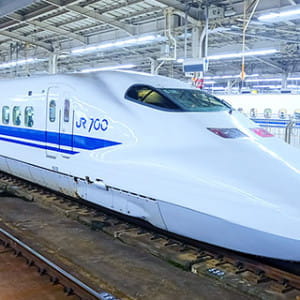 Yodogawa Ward is situated on the north bank of the Yodogawa River, which runs through the northern part of Osaka City. To the east is Higashiyodogawa Ward, to the west is Nishiyodogawa Ward, and to the south is Kita Ward. To the north, it is bordered by the 3 cities of Suita, Toyonaka, and Amagasaki. In the eastern part of Yodogawa, is Shin-Osaka, an area with lots of offices including the headquarters of major corporations, like Nissin Foods.

The Yodogawa river basin grew as a center for Japanese government, economics, and culture. Downstream is the Osaka Plain, which was said to have been created by the motions of the river over a great deal time. The area and its development has a history of combatting floods.

On the underground floor of Shin-Osaka Station, there's an open space lined with restaurants and shops, called Shin Naniwa Daishokudo. It's convenient for meals or souvenir shopping while you're taking the bullet train.