Get suggestions and arrange your ideal trip quickly with an Osaka travel expert over Facebook Messenger.

Higashiosaka's designated cultural property, Kyu-Kawazumike, is a place where you can witness the lifestyle of people of the past. The venue is in the "seikakurou," a room in which cultural figures were said to have gathered, including the Edo period writer, Ueda Akinari. Experience Japanese calligraphy while taking in the atmosphere of the traditional house and garden. 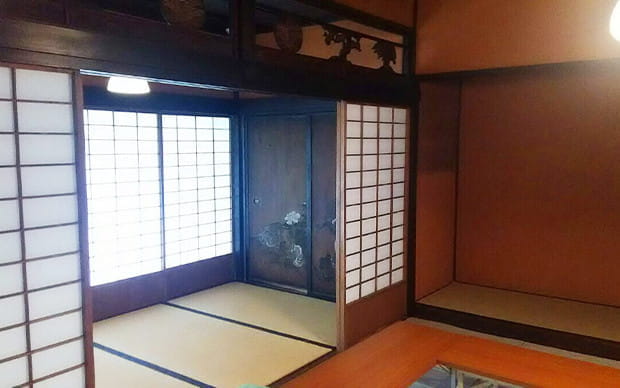 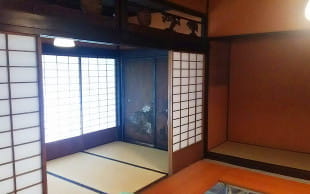 Learn about Japanese calligraphy from a professional.

Calligraphy is a part of traditional Japanese culture that uses the time-honored ink and brush to create artistic expressions of written characters.
It can be appreciated for style, brush movement, ink thickness, and overall aesthetics of character placement.
Japanese calligraphy originated from China, where it and the techniques for making brushes, ink, and paper were passed along during the 6~7th century. At the time, it was an indispensible skill for nobles and warriors, who were the leaders of society. Over generations, it also spread out to the common people, where it is not only appreciated as art, but incorperated into their lives, such as for new years cards. 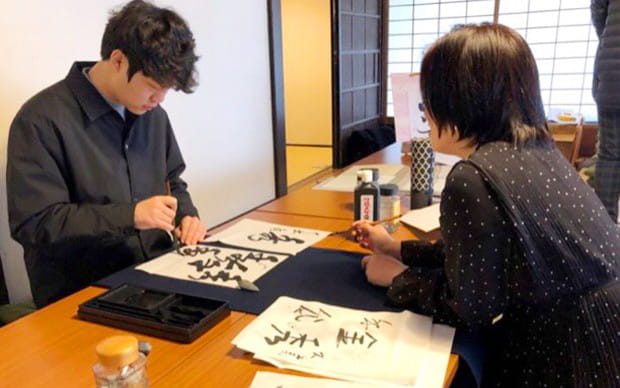 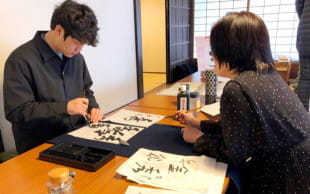 Turn your work into a wall scroll that you can use to decorate your home.

Using a wall scroll that you won't find in souvenir shops, do some calligraphy and take the finished product home. Three colors available. It won't weigh down your suitcase, and you can use it as decoration. 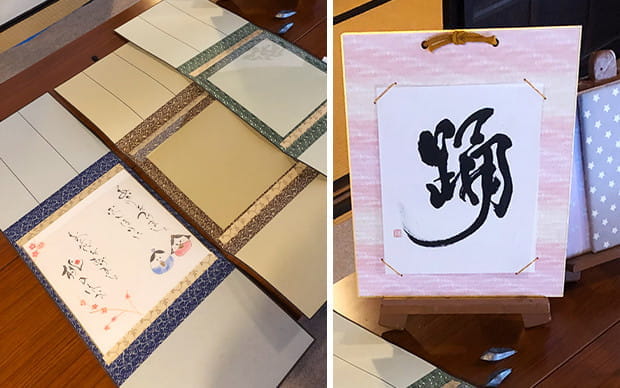 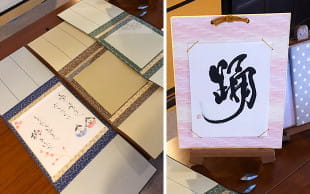 A reference will be provided for what you want to write, so you can follow along easily. Plus, a gift from the calligrapher.

If there's something specifically you want to write, let the calligrapher know. A reference will be written out for you. Follow along and practice. Afterwards, write it out onto the scroll. Also, participants will receive a postcard-sized present. 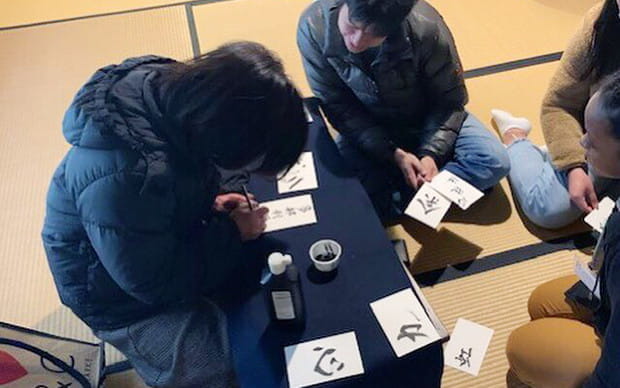 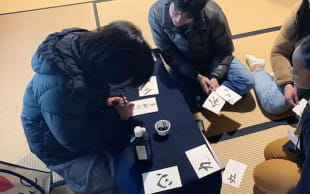 Tour the house with your remaining time.

Kyu-Kawazumike (The Old Kawazumi House/Family) dates back to Kusakamuraji-kawazumi-yoichi Oeno Kiyomasa, who died in 1369. During the Edo period, the Kawazumi family led the Kusaka village, with each generation head, at the time, taking the name, Sakubei.
In their long history, the family had a close connection with literature, contributed to the development of their region, and produced many great individuals.
The 15th generation head, Tsuneyuki, had a close relationship with the literary scholar, Ueda Akinari, who mentioned visiting the Kawazumi house in his essay, "Yamagiriki."
The 19th generation head, Yujiro, was passionate about education and built an elementary school using his own funds. His granddaughter, Taka, went on to become a poet by the name of Ishinokami Tsuyoko and published her works in Myojo Magazine. 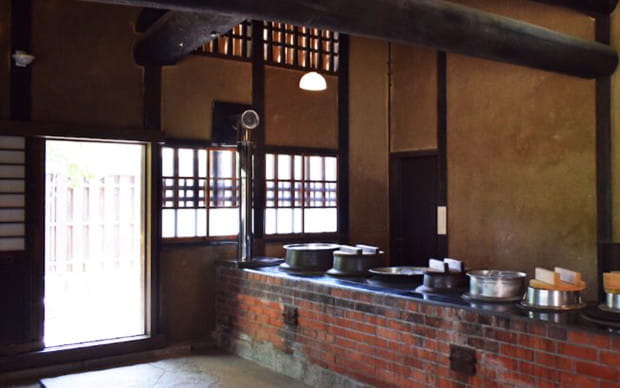 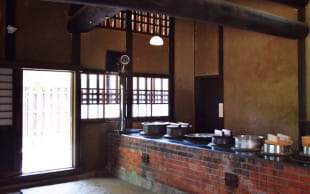 ・No smoking inside.
・Will not be canceled in the event of rain.
・Please specify the age of participating children beforehand.
・Please cancel or inform the host if you will not attend
・Please understand that you will not be able to take the lesson if you are more than 30 minutes late.
・Depending on your pace, the lesson may take between 1.5 to 2 hours.

Full Refund Up To 2 Days Prior 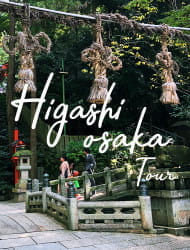 The World of Ghibli?! Higashiosaka Tour 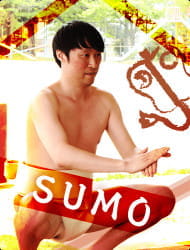 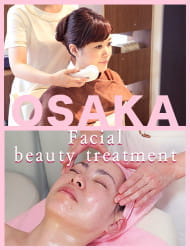 Japanese Facials & Course on Self-Treatment from the Pros 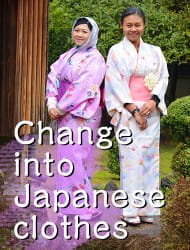